Belgrade reveals itself slowly through its neighborhoods. You’ll want to focus on the following.

This is the neighborhood where things happen and in the same time represents the oldest and the most prominent part of the city. Living in Dorćol has its charms, it could be like living in Kreuzberg in Berlin or Manhattan in NYC. It gained that kind of reputation, maybe because Isidora Bjelica recorded low-budget movie titled Dorćol Manhattan back in 2000 or even  due to urban lifestyle propagated by TV star Luna Loo. I don’t really recall from where this smooth-tongued motto Dorćol Manhatten came 14 years ago, but it’s possible that the residents of this neighborhood became a bit pretentious because at one time it was all about city center. Fortunately, Belgrade areas as Vračar, Kosančićev Venac, Savamala and Zemun also came to life in recent years.

Dorćol begins already 700 meters north of Terazije, the central square of Belgrade. It can be divided in two sections, Gornji (Upper) Dorćol, which covers the area from Akademski park to the Cara Dušana street, and Donji (orLower) Dorćol which occupies the area between the Cara Dušana and Bulevar despota Stefana streets and the right bank of the Danube. The Lower Dorćol used to be known as Jalija (Turkish yali, strand, bank). It borders (and largely overlaps) the neighborhoods of Stari Grad and Jevremovac (east and south) and the fortress of Kalemegdan (west), which is sometimes considered as part of Dorćol as well.

The name of the neighborhood comes from Turkish words dört (four) and yol (road), literally meaning”four roads” or colloquially “intersection (of four roads)”, “crossroads”. During the Turkish occupation of Belgrade, Dorćol was a well-known trading center, with many markets and traders of different nationalities, among others it was a center of Belgrade’s Jewish community, remnant of which is the modern Jevrejska (“Jewish”) street in Dorćol. After Belgrade became a capital of independent Serbia, Dorćol kept its multinational character for a long time. During the temporary Austrian occupation of northern Serbia 1717-1739, Jalija (Lower Dorćol) was the seat of the Prince Eugene of Savoy’s court. Eventually the old low houses and narrow streets were changed into modern buildings. Still, some parts, though vanishing one by one, resemble the old look.

In a last few months new clubbing district appeared in Cetinjska St. and Dobracina St in the Lower Dorcol where former warehouses and factories are turned into clubs and bars.

Next to “Dorćol”, “Kosančićev venac” is the oldest and the most beautiful urban neighborhood of Belgrade.

Kosančićev Venac is located along the elbow-shaped street of the same name, 700 meters west of the downtown. It developed on the western ridge of the ending section of the ridge of “Šumadija” geological bar, which extends from “Terazijska Terasa” to “Kalemegdan” fortress, which is a continuation of “Kosančićev Venac” and overlooks the port on the Sava river, the northernmost section of the popular neighborhood “Savamala”. The neighborhood is named after Ivan Kosančić, who died in 1389 on Kosovo, according to the legend.

“Kosančićev Venac” is practically the oldest section of Belgrade outside the walls of the “Kalemegdan” fortress. From this point the new Serbian town, as opposed to the old Turkish one in the fortress, began expanding in the 1830s along the right bank of the Sava into “Savamala”. In 1979 “Kosančićev Venac” was officially added to the “Spatial Cultural-Historical Units of Great Importance list”, and it was named the “Monument of Culture”, with explanation:

“it is the area of the oldest Serbian settlement, the first developed administrative, cultural, spiritual and economic center of the city with specific ambient qualities”.

Several important buildings of Belgrade are located on “Kosančićev Venac”:

Besides important buildings very nice bars and restaurants are situated in this historical area of the city.

Nowadays Savamala is known worldwide for its urban regeneration. Since the communists didn’t feel need to invest in this city area, Savamala became industrial neighborhood which felt into the state of neglect after the 80’s. However, around 2008 KC Grad was opened, followed by Mladost bar and the Mikser festival and very soon other arty and music venues followed their example turning this city area into new “Creative District” of Belgrade.

Zemun, a city within the city.  For locals  it represents a separate place, and for the other people from Belgrade, it is a part of the city.  Zemun is actually one of Belgrade’s most culturally significant and urban municipalities.  That feeling of Zemun today is a direct result of its past. Until XIX century, Zemun was a town in Austrian Empire (Habsburg Monarchy) while Belgrade was  under the Ottomans, which explains  why cultural differences  have survived between the two. Zemun, grew out of a commercial town that set on the border between the Turkish and Habsburg domains. What is obvious at first sight are dominant colorful facades and more western architecture in the Zemun downtown. But the differences with Belgrade are more than architectural. Zemun has always  been a place  with  multinational and multi-confessional commercial society. It used to be the main customs checkpoint on the road from east to west.

In 1918. Zemun became part of newly-made Kingdom of Serbs, Croats and Slovenes. Zemun lies on three hills, Ćukovac, Kalvarija and Gardoš. The most famous one, Gardoš, used to be a fisherman part of town and even today there can be seen some  nets, and equipment along its steep cobbled streets, and colorful ground houses. Gardoš can be compared to Monmartre, or to Belgrade Skadarlija,  with the Millenium tower on the top of this hill, and kafanas as a main symbol of night life for this part of the city.

Zemun’s quay is located alongside the right bank of the Danube. It is the most visited waterfront in Belgrade, connecting New Belgrade and Zemun Danube coasts. Quay is a place for fun and relaxation. The coast is long for about 2,5 km which makes it perfect for walking, running, cycling, rollerblading… Zemun’s quay is  home to few marinas, even a hostels floating on Danube, the formerly glorious Yugoslavia hotel, and Zemun old town is nearby.  Offer of bars, cafes, clubs and restaurants on quay is big. Most of them are rafts/pontons (splavovi) on the water. There are a lot of options depending on your taste and budget, some are casual and some feeling more like a posh restaurants than a rafts.

Vračar is an urban neighborhood and one of 17 municipalities which constitute the City of Belgrade. With an area of only 297 hectares (734 acres), it is the smallest of all Belgrade’s (and Serbian) municipalities, but also the most densely populated. Vračar is one of the three municipalities that constitute the central area of the city (together with Savski Venac and Stari Grad). It is an affluent municipality, having one of the most expensive real estate prices within Belgrade, and has the highest proportion of university educated inhabitants compared to all other Serbian municipalities. One of the most famous landmarks in Belgrade, the Saint Sava Temple is located in Vračar. Other features of Vračar are upmarket restaurants and coffee shops in the area around the church of Sveti Sava. 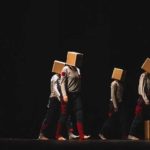