Hello dear visitors. This is the 4th post in our new weekly “City Break Week Guide” column.  Our goal is to make a short preview of the latest events in the city of Belgrade. So, let’s see what’s going on during this week and next weeks.

Salon of the Museum of Contemporary Art Belgrade, 14 Pariska St.

(opening of the exhibition on Friday at 7pm)

In the English language, the word superstructure has several different meanings all of which derive from different viewpoints and are manifest in the layered artistic references in the work of Branislav Nikolić. This word can be primarily interpreted in architectural speak as an addition and refers to a part of a building or some structure other than the foundations. The abstract connotations of the word are a physical or conceptual structure developed from a basic form. Finally, there are the more discursive meanings of the word which are also relevant to the artistic field of creativity in which Nikolić is active and derive from Marxist theory in which social ideology and institutions are seen as additions or a superstructure to the base which comprises the forces and relations of production and the economy.

The methodology behind the work of Branislav Nikolić, which is embodied in the gathering of discarded architectural elements, of interior fixtures, furniture and wooden material and in their reuse in the artistic process for the construction materials of artistic works, is enmeshed with all the above mentioned interpretations of the word superstructure. The syntagm “secondary architecture” helps to characterise this process which is a core part of Nikolić’s artistic activities and is evident in the economic activity of collecting and recycling materials specifically for the building of ‘cardboard’ houses as found in Roma settlements. This process, drawing on certain specific and craft based skills, enables one to put ‘a roof above one’s head’ but can also be an art work whose shape is an architectural form. The final outcome of the work conceived for the Salon of the Museum of Contemporary Art Belgrade is characterised by a simple craft based approach to the construction of a temporary dwelling like those in Roma settlements and also by the addition of a ‘painterly’ and ‘sculptural’ treatment, apparent as a collage type process of building, assembling and slotting together variegated and discarded elements.

The week of Contemporary Circus will be held from 21 to 26 March in several different locations in Belgrade. The event was established in 2015, with the aim of the performances, lectures and workshops to raise  awareness of the importance of contemporary circus and its impact on the development of individuals and society.

This year as well an abundant and very interesting program is in store  for all ages!

At the opening ceremony, visitors will be able to see dance and circus-theater piece “Wrapped”, produced by Cirkusfera, during which the scenery comes to life and become a circus-acrobatic dance props, aided by the things which seem to gracefully rule  the midair above the stage.

During the festival, circus trainers, teachers and children, will be able to participate in the workshops on circus pedagogy, led by Pierre Chartier, the director of a circus educational and training centre in Turbulli from Nima (France). One of those workshops by the name “Why circus school?”, will be dealing with everything there is to know about circus pedagogy.

The event will be closed by the show “Cirkobalkana Cabaret” collage circus cabaret, a co-production between Cirkorame (Hr) and Cirkusfere (Sr), during which the audience will be part of the short points circus performers from the Balkans – from juggling and hula hoop manipulation to acrobats both “in the air” and on the ground.

Workshops will be free, while the entrance to the performances will be charged an admission fee.

The project is supported by Balkan Art and Culture Fund – BAC, the Ministry of Culture and Information of the Republic of Serbia and the Secretariat for Culture of the City of Belgrade. 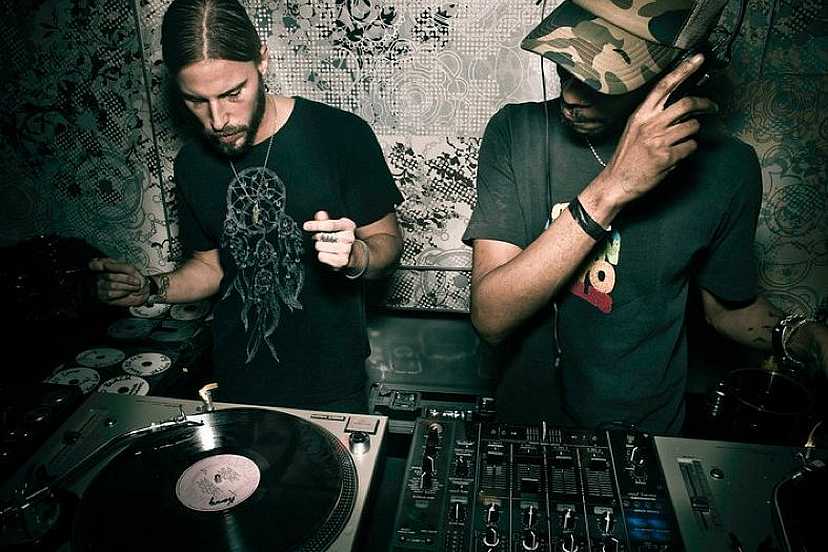 The new edition of Raveolution  Party will host Art Department and Oxia at Belgrade Fair on the 1st of April.  The party will be kicking off at  11 PM . Djs will be supported by Kristijan Molnar and Alternativa from the local scene.  Tickets can be purchased in all WinWin shops and online via http://www.ddtickets.rs/.

Art Department, the infamous electronic music act, has made almost unprecedented success within the world of dance music in recent years. A Canadian Jonny White, acting Head of No.19 Music, is now the lone driving force behind the influential project that began as a collaborative effort with a long time friend Kenny Glasgow in 2009.

Oxia is a French DJ and producer…

Olivier Raymond, born in 1971 in Grenoble (France), got into “black music” (disco & funk) already in his early teens. During college years, Olivier’s friendship with Stephane Deschezeaux, kick started a musical journey of the  sort, with a debut on a local radio station broadcasting a show dedicated to Funk … So, only being 15 years of age at the time, Olivier  started ‘mixing’. Olivier’s mixes were influenced by a wide range of music styles: italo-disco, New wave and the early Chicago and New-York house scene.

After her first concert at Kombank Arena, Selah Sue is coming again to Belgrade to perform in a more intimate surrounding of BitefArtCafe in front of the 400 biggest fans. Concert is set for Thursday, March 17!

Selah Sue was born in Belgium and she started playing the acoustic guitar and singing her own songs at the age of 15. Although young with only two released albums so far, Selah Sue became quite popular all around the globe with her songs such are Raggamuffin, Crazy Vibes, This World, Reason and I Won’t Go for More. Moreover Selah Sue has already received prestigious awards like European Border Breakers Award, Grand prix Constantin. Rolling Stone magazine named her as one of the new faces of 2012. After debut album “Selah Sue” released in 2011, Selah Sue has presented 2nd studio album “Reason” in 2015 and she will present songs for both albums on concert at BitefArtCafe.

Tickets cost 2000 dinars and can be purchased at all ticket outlets of Eventim and DDTickets.