The end of February and the beginning of March mark the start of festival season in Belgrade. The city wakes up from its winter dream and starts to spread great vibes filling out our everyday life with the most amazing cultural events.

Let’s start with the food, because here everything is about food. For the 5th time, Mikser House houses quite a unique and small yet really great festival of Balkan autochthonous and original cheeses, but this year with a small twist – Switzerland as a guest country. This is great opportunity to learn more about our cheeses, taste and buy them for a present or even better, for yourself to enjoy it while in the same time enjoying Belgrade.

With its 5th edition, Belgrade Irish Festival has definitely become tradition in our city. While bringing Irish culture – music, films, dance performances, and gastronomic evenings, festival spreads spirit of wonderful Ireland all around our city. The central event is for sure celebration of the greatest Irish holiday – St. Patrick’s Day, which has become one of the most important dates among fans of Ireland in Serbia.

During five nights, Belgrade visitors and Belgradians can enjoy in the magic of guitar while listening performances of some of the most renowned guitar players in the world. The 18th Guitar Art Festival, considered one of five greatest festivals of classical guitar in the world, features guitar wizard and living blues legend, Tommy Emmanuel who will perform at Sava Center on March 23. Festival program also presents greatest representatives of modern Hispanic scene – Ultra High Flamenco, Giorgos Georgopulus quartet that brings us an urban bouzouki sound with traditional Greek melodies and Italian composer Carlo Domeniconi who is composing a premier piece for 6 guitars, which will close the festival and many more.

Thanks to Belgrade Dance Festival and Aja Jung, Belgrade has become an important destination for all fans of contemporary dance. Year after year it features the most renowned and prestigious dance troupes from all over the world thus confirming the respectable status that has gained among choreographers, dancers and the audience respectively. This year is no exception since Belgrade Dance Festival presents 15 international dance troupes in Belgrade and Novi Sad.

The end of March will be marked with two concerts – YouTube sensation from Croatia – 2 Cellos and the legend of flamenco music – The Gipsy Kings.
For 2 Cellos this will be their 2nd concert in Belgrade and they promise a true spectacle. Everything started 5 years ago when they published cover of Michaela Jackson’s hit “Smooth Criminal” on YouTube, and for less than 3 months they’ve become sensation. Today 2Cellos performs before thousands of people playing covers of the greatest hits in their recognizable authentic and energetic style.
After 10 years Belgrade will host again the legends of flamenco music, The Gipsy Kings on March 31. Their unique mix of seductive flamenco with pop and latin rhythms made them world phenomenon and the kings of the world stage. During their rich career, The Gipsy Kings have sold more than 25 million records and won 6 Grammies, which say more than enough about their quality and popularity among music fans.

One of the most prestigious festivals of documentary and short films takes place in Belgrade for the 64th time. It presents two competition programs – national and international short film programs and it will present more than 150 films. Besides screenings festival visitors, primarily local filmmakers and students of film schools and academies, will be able to take part in a number of educational workshops. 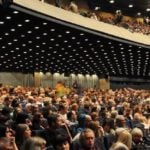 City Break Monthly Guide: What’s On in Belgrade in February 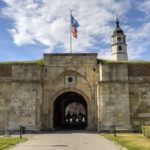