Belgrade may not be the prettiest city in the World, and maybe not as breathtaking as Paris, or Rome. But, with its unique characteristics and details, eclectic architecture, amazing story of the empires which left their mark on it, its wonderful gastronomy…it has certainly earned its place on the list of cities you need to visit in your lifetime.

Whether you are staying here for a few days on your journey, or just giving this city a chance to prove itself for a day, it is quite possible to experience of some of its magic and the unique ‘Belgrade spirit’ which makes it beautiful in a very special way. 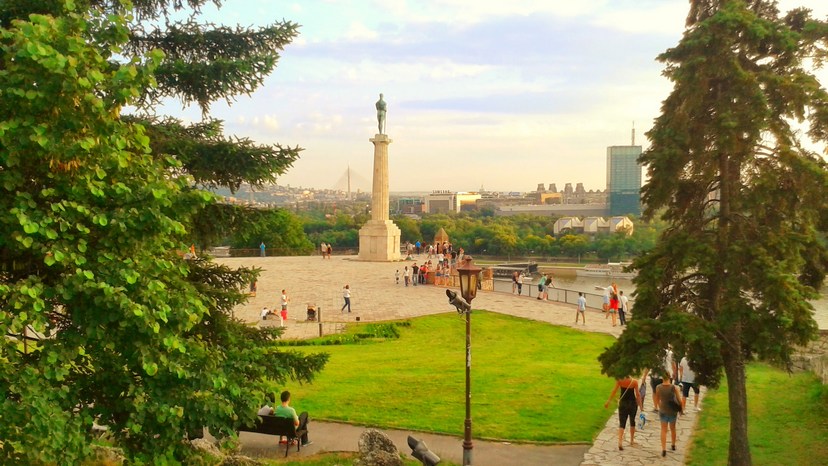 By the mere fact that you have chosen one of the City Break apartments, you are in an advantage. Because all of our apartments are located in the centre of the city, close to all tourist attractions. This will enable you to spend a whole day (and possible also night) to wander around the city without having to think of how are you going to get ‘home’. You won’t need public transportation or a taxi… just a good mood, high spirit, and comfortable shoes!

The most intriguing tourist points which you read about in the travel guides, brochures or websites are mostly located in the centre core of the city. Therefore, you can start your walk just after a hefty breakfast on the terrace or the living room of one of our spacious apartments, or perhaps in one of the nearby cafes. You can then stop by the tourist info centre in order to get your guide, after which we would recommend a walk around Kalemegdan as a perfect start to the adventure. Kalemegdan is an epicenter of the history of Belgrade, a centre point of the city, and one of its most precious symbols. Walking across this millennia old fortress, you will find legacies of several historical epochs and empires which had their rule over Belgrade, Clock Tower, Roman Well, The Great Powder Storage, and of course, the famous Belgrade Victor, overlooking the Danube and Sava confluence. 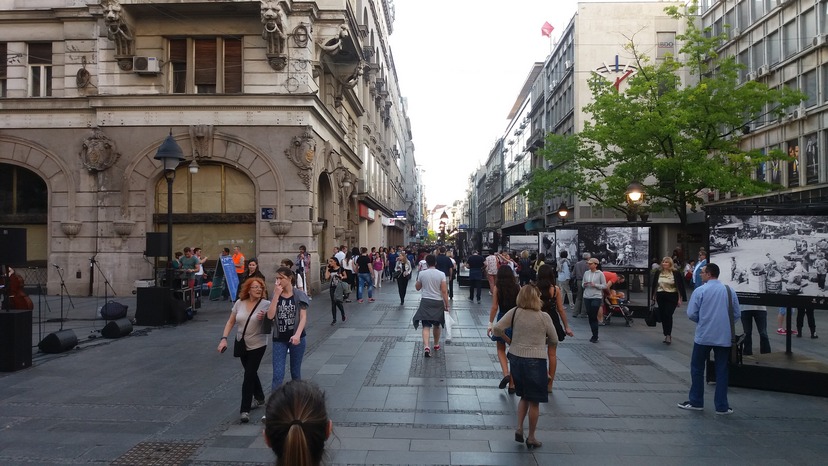 You can then proceed through the most famous and favorite pedestrian zone of the city, and also the cities high street, Knez Mihajlova. It would also be recommended to diverse to one of the little side streets in order to visit places like Saborna church, the oldest tavern in the city called “?”, The Residence of Princess Ljubica, or the only remaining mosque in the city – the Bajrakli mosque. From there you will get to the central meeting place of the city, the Republic Square, the point called by the locals “At the horse”, because of the monument dedicated to prince Michael (Mihajlo) – one of the most important rulers of Serbian modern history, a great reformer of the 19th century – upon which he is mounted on a horse. To his left, and just behind his back are two very important buildings – the National Theater and the National Museum.

From the Republic Square, you could take on two routes – one towards Skadarlija, famous Bohemian quarter, where you can indulge in delicious feasts with traditional Serbian cuisine while listening to traditional dandy music; or you could go toward Terazije Square and the famous hotel triangle, which is consisted of the three of the oldest hotels in Belgrade, Moscow, Kasina, and Balkan. This is where the Terazijska česma is located, as one of the most prominent meeting and direction points in the city.

A few minutes of walk from here you can find some of the most important historical buildings in Belgrade, important for the history of the whole nation: the National Parliament building, buildings of Old and New Royal Palaces, now housing the city assembly and the office of the President, respectively. Also, with the Pionirski park in between, with the reconstruction of the World War 1 lookout made of stones brought from Kajmakčalan, famous battle of the Salonika front, and Ivo Andrić museum facing the park. Right opposite of the park you can find the oldest patisserie shop in Belgrade, Pelivan, founded in 1851. Opposite to in is one of the city’s central churches, Saint Mark (Sveti Marko). Just next to the Parliament building, Serbian History Museum is located. Each one of these buildings has a special history and a unique story, and also an important place in the history of the city and the whole country. And, their lavish architecture makes them a perfect scene for a picture which will serve as post-card of memory of your visit to Belgrade.

You can continue your walk to the city’s busiest roundabout – Slavija Square – from whose traffic you might get dizzy, but it will leave you in wonder, for sure. For the end of your walk, we recommend one of the biggest orthodox temples in the World – Saint Sava Temple – which attracts visitors by its sheer size and grandeur of its architecture, and also its interesting history of construction. 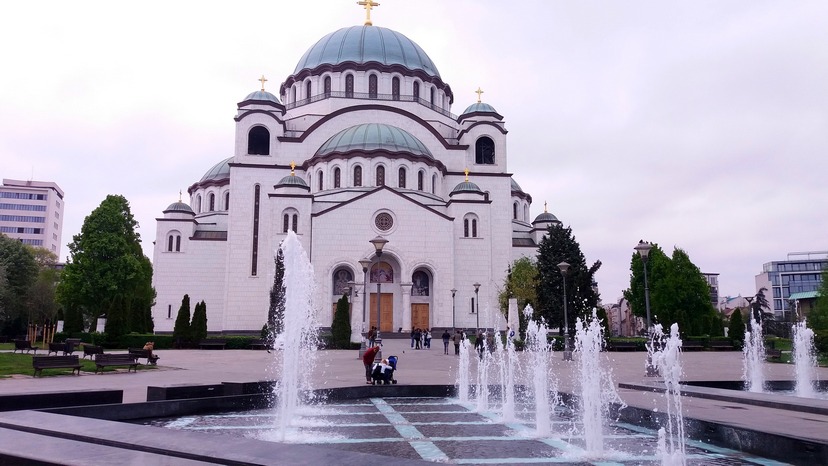 Being that in the vicinity of the Temple you have a number of interesting restaurants such as Dijagonala 2.0, Termin Gastro Bar, Pivo i kobaja, Villa Maska, Galaxy Crepe Café, etc, you could round off your adventure with a delicious meal in one of them. And, at the end of the day, if you are left with some strength and drive, go back to your apartment, freshen up and hit one of the city’s numerous night clubs, like the ones in Savamala or Cetinjska street, so that you could feel the exciting night vibe of Belgrade as well. 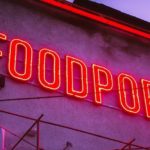 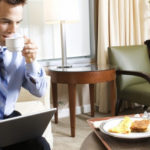