Dorćol is the most prominent neighborhood of Belgrade. It is located in the municipality of Stari grad-Old town. It begins 700 meters north from Terazije, the central square of Belgrade. It is divided in a two sections: Upper Dorćol, which covers the area from Akademski park to Cara Dušana and Bulevar Despota Stefana streets and the right bank of the Danube, Lower Dorćol used to be known as Jalija (Turkish Yali, bank). It boarders the neighborhoods of Stari Grad  and Jevremovac and Kalemegdan fortress, which is considered as part of Dorćol as well.

This is a historical neighbourhood of Belgrade. An area where the first city is created. In the past this was multicultural part of town, where Gypsies, Jews, Turks and Serbs lived. Before the Second World War Belgrade included three synagogues and thousands of Jews who had their own quarter in Dorćol, meanwhile after the bombing in the WWII just one synagogue survived. The most of the Jews left the Kingdom of Yugoslavia or were executed by Nazis. Today, the heritage of Jews and their story is presented in  the Jewish museum in Kralja Petra (King Peter’s) street.

Ethnographic museum
This is one of the oldest museums in Serbia. It showcases national costumes, dresses and weapons from the wars and similar artifacts.

Jewish museum
Small museum located in the building of Kralja Petra street. It showcases artifacts and documents of life of the Jews in Serbia,

Culture Centre UK Parobrod
This the official culture centre of Stari Grad municipality and one of the most visited culture center among younger urban population. In this spot visitors can catch cool art and design exhibitions, workshops and presentations and movie screenings.

In the basement of the building stands Das Boot jazz club. Perfect place for drinking coffee during the day and listening to djs and live music during the night.

Dorćol is a home of many different bars. You can check out Pastis bistro in 52B Strahinjica bana street or the famous Centrala bar in 6 Simina street.

I would suggest Tribeca restaurant on the corner of Kralja Petra and main street Knez Mihailova. This restaurant operates successfully for more than 10 years.
Restaurant Jevrem has a beautiful garden and serves both traditional and international dishes. It stands in 36 Gospodar Jevremova street.

If you want to feel trendy and hip drop by Supermarket concept store in Višnjićeva street. This is the first concept store in the Balkans. This big place offers fusion cuisine restaurant, cocktail bar and one section that represents a store offering fashion items from both local and international scene.

The Tube is one of the most prominent clubs in Belgrade. It hosted world class djs from all over the glob such as Ben Klock, Jimmy Edgar, Nina Kraviz, Steffi and similar. It is oriented towards house and techno music. 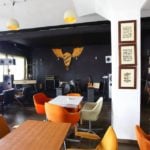 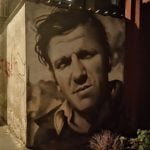