Hello dear visitors. This week we have prepared for you ‘’City Break Apartments week guide’’. So, let’s see what’s going on during this week and next weeks.

Guided tours through the museum:

At Museum May 25 visitors can see exhibition “On Revolution Roads”, which researches heritage sites, management and preservation of heritage and its meaning at present.

As part of the exhibition “Heritage Keepers” that presents works of students from the Faculty of Applied Art, at the Museum May 25 you can watch documentary about Tito from 1986. The screenings are taking place at museum’s cinema every day from 10:00 to 20:00.

Exhibition “Figures of Memory” is on display at the House of Flowers.

Every Saturday from 10:00 to 14:00 – visit depot of the House of Flowers and know more about the work of curators and history of relays.

“Drawing up his own way” is the philosophy of Guti. He shoned in the world of Jazz at early age, he demonstrates to be a sensible & intense pianist, with his own language, playing in some of the biggest stadiums & winning gold records in South America in the last decade as a rock musician. In 2006, life take him to a new path: Techno music. Curious, ironic & creative, fusing electronic music with his jazz & latin roots, Guti quickly became one of the most eager & interesting producer of the Latino American house scene. He shown his amazing live set in the best clubs of the world touring as a Desolat Artist. Currently his music is also running on Crosstown Rebels, Raum, Musik, Wolf & Lamb and Supplement Facts.

The 50th Belgrade International Theatre Festival – BITEF is to be held in Belgrade from September 24 to October 2. Repertoire concept of this year’s festival marks an important jubilee and this is supported by the fact that BITEF and the City of Belgrade are organizers of the 28th World Congress of Theater critics, which will gather more than 100 most eminent guests from this area.

The lead theme of the 50th Bitef , which is suggested by this year’s slogan “On the Back of a Raging Bull”, comes down to the problem of refugees, border closing, erection of walls, European isolation, neocolonial relationship of the West towards different cultures and societies. It is important to emphasize that the plays from the main program of the 50th Bitef don’t treat this subject only in a direct way, but they explore, problematize and enlighten their causes, as well. For example, there are plays which shift the emphasis off the refugee crisis onto the wars that led to them.

Like in previous years, Bitef’s program consists of the main and the suplementary programs, which will offer the audience a lot of quality features. In the year of jubilee, the festival goes beyond the well-known borders of Europe, which have dominated in the past years and goes back to its original international character. All festival guests will perform for the first time in Serbia and Belgrade and the audience will be able to see 12 plays from 9 countries – among guests from non-European countries are China, Singapore, Lebanon, several African countries, as well as European countries – Germany, Austria, Poland, France, Croatia and of course, Serbia.

The plays will be performed at 19:30 and 21:30. Although all plays are completely equal in  terms of quality, the division was introduced only for the sake of orientation of the audience (and choice making). The plays performed at 19:30 belong to the big festival and/or repertoire productions with well-known theaters, drama companies and/or artists standing behind them and have been given important awards or guest appearances at the leading international festivals, while those performed at 21:30 have smaller productions and are more experimental and present to us, at least in this area, the lesser-known authors and theatrical companies.

Before the official opening of the 50th Bitef, on September 24, Teatr Polski Bydgoszcz from Poland will perform the play “Kantor Downtown”. Although this is a multimedia stage installation, primarily it is a “reconstruction” of a cult play “The Dead Class” by a famous Polish director Tadeusz Kantor, which was one of the greatest highlights in the history of Bitef.

The honor of opening the 50th Bitef is given to the biggest sensation of the contemporary Chinese dance scene, TAO Dance Theater, which will be presented to the Belgrade audience with its play “6&7” on September 25.

To find out more about the 50th Bitef, visit festival.bitef.rs.

Cultural Center Grad in cooperation with the Spanish cultural center – Instituto Cervantes de Belgrade presents selected Spanish movies that will be screened on Sundays during August and beginning of September at 21:00.

Films are in the Spanish language with the Serbian subtitles. 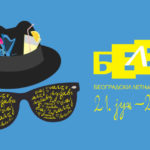 What’s On This Weekend in Belgrade