Belgrade nightlife is like a never ending story, a 24/7 party ground with endless choices for lovers of all music genres, from rock, punk, electro to folk. Great night clubs pop up around the city all the time, like mushrooms in the rainy season.

There is interesting tendency that every once in awhile a new clubbing districts evolves in some part of the city. Some 15 years ago that was Strahinjića Bana Street, afterwards there were and still are floating clubs on the Danube and Sava Rivers, then came Savamala with its hip and highly popular alternative clubbing scene, while the latest nightlife “prodigy” is Cetinjska Clubbing District which developed around abandoned brewery.

At first there were only three or four clubs which were bold enough to enter this old deteriorated building and transform its parts into great sanctuary for all those who prefer rock, alternative or indie sound. Shortly after came others and in a blink of an eye there was more than 15 nightclubs and cafes opened in Cetinjska 15.

Standing opposite to Skadarlija, known after traditional music and good restaurants, Cetinjska Clubbing District attracts those who prefer alternative entertainment. Here you can find smaller cafes and great places for warm-up and big storage spaces transformed into clubs that strongly reminiscent Berlin nightclubs.

Among the most popular are Zaokret – a gathering place of hipsters and fans of indie music and a home to popular indie Collective Kišobran; Showroom, one of the largest spaces in the neighborhood, known not only after great parties and karaoke nights, but also as a place which gathers artists and organizes exhibitions, dance performances, all kinds of cultural events, etc. One of the favorite places is Dvorištance, a former Savamala cafe and club which moved into Cetinjska in the mid 2016. This great place is ideal choice during summer time when you can sit in its garden and enjoy drink with friends.

Another arty place is Polet – a multifunctional space which serves as a club and an art space and it is known after great swing/electro swing parties held on weekends. Elektropionir is another club cafe where you can spend your time during the day and night. It gathers true music lovers and often presents the most talented musicians and bands from Serbia and abroad. Let’s not forget to mention Rokanje, a true Mecca for all rock fans and Kenozoik, a party republic situated deep inside brewery’s abandoned space. It hosts DJ sets and is known after heavy parting therefore the entry is prohibited for those under 23!

Besides these, there are other clubs and cafes as well, but we have to leave to you to explore the whole area and find your ideal match for the night… and a day!

If while staying in Belgrade you want to find a place nearby Cetinjska Clubbing District, we suggest you following apartments: 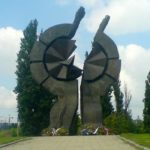 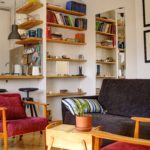 Autumn in Belgrade: An apartment that will cheer you up