While sightseeing Belgrade we suggest you to go off the beaten tourist tracks and explore places, which are out of “official” sight. Those locations usually tell more about a moment in city’s history than some museums and help us form a wider frame for a picture of a destination. They are unusual, unique and free of charge!

Monuments of the Socialist Era

Belgrade is one of European capitals which belonged to the Eastern Bloc and as a consequence you can still see remaining specific iconography of the Socialist period. Monuments of this era are characterized by their grandness and unusual artistic style. Among them is the monument commemorating victims of the Sajmište Concentration camp, erected at the bank of the Sava River and nearby the place where was located Nazi concentration camp during the WWII. The largest outdoor history “textbook” in Belgrade, Kalemegdan, is home to a grave site of the Yugoslav heroes and prominent figures in the pre-war period and during the WWII. In 1961 Belgrade hosted the first Non-Aligned Movement conference with representatives from 25 countries. The Obelisk overlooking Branko’s Bridge is erected in the honor of this conference. Spectacular monument located on Kosmaj Mountain, close to Belgrade, commemorates the anti-fascist struggle of Yugoslav people and the local division of partisan movement. This monument’s main attraction is its off this world architecture.

The Park of Friendship

The socialist era of Yugoslavia was a time of great political and diplomatic dynamic. At one point it became a custom for all the foreign envoys that were visiting Belgrade and Marshal Tito to plant trees in this park as a token of everlasting friendship between countries. Thus you can find trees planted by Indira Gandhi, Queen Elizabeth, Fidel Castro and many other world leaders. Today still you can see individual plaques naming the “owners” of the trees planted in this park.

Besides regular attractions, often tourists like to visit unusual places which as well testify about city’s history, culture, important people who have built themselves into the city. Cemeteries are among them because they tell stories which the living ones usually forget or are not fond of telling them. The triangle formed by New Belgrade Cemetery, Jewish Cemetery and the Cemetery of the Liberators of Belgrade is one of the most visited by Belgrade guests because its story and architectural style depict artistic culture of the locals.

Belgrade Central Railway Station, located in what was once a marshy outskirt of the city, was opened in 1883 when the first train started its voyage – though the inscription above its main entrance states the year 1884 when it was ceremoniously opened. This marvelous 19th century style building is still a crown jewel of Belgrade’s architecture although quite deteriorated and neglected.
Another impressive old-styled railway station is located a few kilometers down the track at the foot-hills of Topčider Park and hill. It stands as a miniature version of the architectural marvel which is the main station.
A few kilometers down the road you can observe quite the opposite – another railway station but this time built in a cold concrete style. of the Socialist-Realist architectural manner.

Built in a post-war period by the Yugoslav Youth this residential area was supposed to symbolize unity, strength and social equality of the people. Once a swamp area it was transformed into gray sharp-shaped concrete jungle of residential tower blocks. Perfect geometrical urbanization and specific socialist – realist architectural style make it an almost futuristic quasi-utopistic experience. The most famous residential block is reminiscent of the old-fashion TVs from the 60s and 70s of the last century. 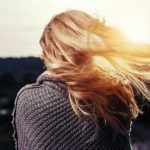 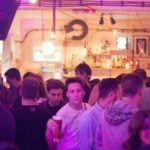